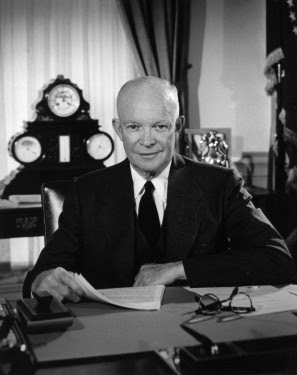 "In the councils of government, we must guard against the acquisition of unwarranted influence, whether sought or unsought, by the military-industrial complex. The potential for the disastrous rise of misplaced power exists and will persist." President Dwight Eisenhower

At the time of its announced closure, Antioch College, perhaps America’s most progressive and well-known peace college, had a few visible capitalist hawks on its Board of Trustees.

Bruce P. Bedford, one of only three Trustees not a former alum, had been appointed to the board of Arlington, Virginia company GlobeSecNine in 2005. The company is described by a representative of investment corporation Bear Sterns as having “a unique set of experiences in special forces, classified operations, transportation security and military operations.” One can only speculate why the nation’s longest-standing anti-imperialist education institution would appoint a trustee with extensive ties to the military and security industrial complexes.

Business Wire on May 4, 2005 described GlobeSecNine as follows: “GlobeSecNine invests in companies providing U.S. defense, security, global trade management and supply chain solutions to the public and private sectors, and has a strategic alliance with The Scowcroft Group, a business advisory firm headed by former National Security Advisor Brent Scowcroft.”

Bedford served on the GlobeSecNine board of advisors with Scowcroft and co-founder of the CIA Counter-Terrorism Center Fred Turco. Others affiliated with the company are tied directly to the prison industrial complex and the anti-liberal “war on drugs,” for example Jack Lawn, former Administrator of the Drug Enforcement Administration, who serves on the board of directors.

On July 3, 2007, Michael Alexander’s name was removed from the list of Antioch trustees. Two days earlier, he had been sworn in as president of Lasell College in Newton Massachusetts. There has been speculation that Antioch’s campus would make a great retirement community, much like the one at Lasell, known as Lasell Village, “a state-of-the-art eldercare community with the first-of-its-kind built in educational component.”

In 1998 Alexander founded AverStar, where he served as Chairman and Chief Executive Officer, and did business primarily with NASA and the Defense Department. In 2000, Alexander’s AverStar defense company merged with the Titan corporation.

In March 2005, Titan pled guilty and paid the largest penalty under the Foreign Corrupt Practices Act in history for bribery and filing false tax returns.

The L-3 Communications Titan Group brags that 8000 of its 10,000 employees have “security clearances” and that they are a leading provider of C4ISR, Command, Control, Communications, Computer, Intelligence, Surveillance, and Reconnaissance – “developing and supporting the systems of today and tomorrow for the United States and Allied Militaries and defense-related agencies in order for them to carry out their assigned missions,” according to their website.

While Anitoch board members Bedford and Alexander cozied up with U.S. intelligence and Homeland Security, students at the university sponsored a national teach-in to expose the atrocities of Guantanamo Bay on October 5, 2006.

How a college targeted by the FBI and its notorious COINTELPRO operation during the Cold War as a “vanguard of the New Left” managed to place two “spook”-connected trustees on their board is a mystery worth exploring.

Antioch resides in the shadow of the Wright Patterson Air Force Base and its legendary Foreign Technologies Division that reverse engineers weapons systems from other nations. Its larger neighbor to the west, Ohio State University, has long been tied up with the CIA’s favorite nonprofit institution, Battelle, and was one of the 30 or so universities involved in the MK Ultra mind control LSD experiments in the 1960s.

The Dayton Daily News is reporting that a $5 million accounting error caused the radical college to close. Others have pointed to the long-standing rumors of intelligence ties to the Antioch Europe in Transition study program.

If the CIA or U.S. intelligence services were involved in the subversion of America’s most imperialist and pro-peace college, it wouldn’t be the first time that the progressive college campuses have been infiltrated. The CIA subverted the National Student Association in the late 50s and early 60s. The agency also has been accused of subverting everything from fraternities to Fullbright scholars to Peace Corps workers.

The role of these trustees must be heavily scrutinized. Antioch alumni should be ashamed to allow their college to die until they get to the bottom of this spooky mystery.

Bob Fitrakis is the author of The Fitrakis Files: Spooks, Nukes, and Nazis, on the role of the CIA in Ohio politics.
Posted by Olivia LaRosa at 9:47 PM 1 comment:

get the low down on all the candidates at oppodepot.com

http://www.oppodepot.com/
Posted by Olivia LaRosa at 11:06 PM No comments:

Kathy Griffin has a few words to say about Ann Coulter

Warning: Visit the loo before you watch this or you will experience regret.

http://www.youtube.com/watch?v=6P17w0RWTew
Posted by Olivia LaRosa at 10:51 PM No comments:

Email ThisBlogThis!Share to TwitterShare to FacebookShare to Pinterest
Labels: Humor and Satire

We now have five conservative Catholics sitting on the highest court in the USA. I have nothing against Catholics. I was raised Catholic and I know many powerful progressives who were raised Catholic. But these men have an extreme right wing viewpoint and it is showing in their rulings. They are so far out of the mainstream of American life, they can't even see it. Scalia, Thomas, Alito, Roberts, and Kennedy are all right wing Catholics.

When the Democrats are in control after the next election, the first order of business should be impeaching Scalia and Thomas, for starters. They should have recused themselves due to conflict of interest during Bush v. Gore. Both had family members working for Bush and the Heritage Foundation.

Here are some articles regarding this serious problem.

The Politicization of the Supreme Court: American Progress

http://www.ford.utexas.edu/library/speeches/700415e.htm
Posted by Olivia LaRosa at 1:21 PM No comments: